The idea that you can use a prospect’s past to predict their future buying decisions is an increasingly common subject in business. On the other hand, a similar subject is eerily touched by the recent movie Captain America: Winter Soldier.

You have to wonder though: can the past truly be the ultimate crystal ball that marketers and salespeople have searched for centuries? 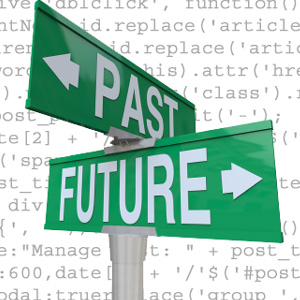 The answer is actually no.

It’s neither idealistic nor realistic to say that the past shouldn’t always dictate the future. Not be all guru and philosophical on you but it makes logical sense.

Let’s start at the individual level. Say you identified a prospect who graduated from a good medical school and has been working at a prestigious hospital. Sound good right? You get them qualified, get in touch on LinkedIn, or make a call. Things seem going pretty smooth. He’s interested in your product and might even arrange a real appointment sometime in the future.

Suddenly, the good doctor disappears without a trace. You phone their assistant and to your shock, the doctor suddenly went ‘soul-searching’ somewhere and cannot say when they’ll return. What started out as good B2B prospecting was turning into a waste of time.

Okay so maybe you’re not always going to find a Doctor Strange or a Doctor Who suddenly disappearing from your prospects. Let’s take it to a more organizational level.

Say a prospect company has had a long history of buying from your company. You decide to run a retention campaign and get in touch with company’s target decision maker as usual (e.g. IT manager, CIO etc).

You know what’s one of the biggest obstacles to long-term business relationships? It’s the fact that hierarchies change in prospect companies. The decision maker who answered your call last year may not be the same one in the year (or perhaps three years) after that. In fact, job hopping has been a serious issue of late and indirectly increases the odds of ever-changing job positions. Does this still sound unrealistic?

So while you can still look to a prospect’s buying history for insight, you need to brace yourself in case a prospect might just start acting in ways that just seem contrary to what you’ve learned:

Qualifying Medical Leads Based On Their Big Data Needs

The Barriers in the Fast Growth of Dental Services Leads

Appointment Setting Tips – What Season Is It?