A usual routine in appointment setting involves finding a process your prospect doesn’t do very well and say you have the resources to do it better.

But while problem solving is essential for building up rapport and relevance, it can be misleading in one small way. Just because a prospect doesn’t do one thing right doesn’t mean they’re completely shabby. 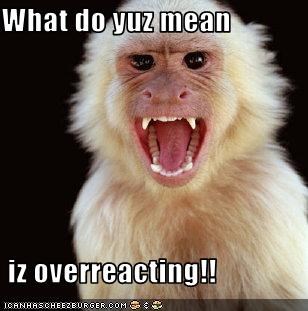 It’s like when a doctor diagnoses a patient with a minor bad habit (e.g. a sweet tooth). Now just because a person enjoys cakes and ice cream doesn’t mean they’re a certified diabetic. Saying otherwise is overreacting at its finest. And speaking of which, you can extend this further to companies that have EMR problems. There are so many different kinds, from the mundane to the very hazardous.

That’s why it’s important for your appointment setting process to still be completely thorough. There’s a lot of ground to cover sometimes when you’re engaging a prospect. Don’t think your sales rep is supposed to be the one doing all the hard work of looking in because:

For a typical B2B prospecting rep, even three breaks aren’t a sign of lacking productivity. It just goes to show that just because a prospect seems to be underperforming doesn’t mean they actually are. You need to check the bigger picture. And rather than give the impression that they’re highly flawed, why not simply suggest how much more work they can do by considering your product? That takes of a lot of pressure and gives them more incentive instead.

Appointment Setting Tips – Tell Sales Where They Are Going!

Working on Health Leads Even During Holidays